Microservices — an architectural pattern we recommended in our 2012 International PHP Conference keynote — is pretty popular these days. There are many benefits to consider:

Just use a message queue

However, when most people think about microservices, they think systems that communicate with each other using HTTP APIs. I think this is quite limited, and something that makes microservices a lot more fragile than they could be. Message queues provide a much better solution. This is mentioned in Martin Fowler’s Microservices article:

The second approach in common use is messaging over a lightweight message bus. The infrastructure chosen is typically dumb (dumb as in acts as a message router only) - simple implementations such as RabbitMQ or ZeroMQ don’t do much more than provide a reliable asynchronous fabric - the smarts still live in the end points that are producing and consuming messages; in the services.

When we were building The Grid, we went with an architecture heavily reliant on microservices communicating using message queues. This gave us several useful capabilities:

HTTP is something all backend developers are familiar with. With message queues you have to deal with some new concepts, and hence new tools are also needed.

Client libraries for talking with common message queues exist for pretty much every language. However, this still means that you’ll have to handle things like message pre-fetch limits, acknowledging handled messages, and setting up queues yourself. And of course keeping track of what service talks to what can become a burden.

If you’re using Heroku, MsgFlo can also generate the Procfile for you, meaning that the services you’ve defined in your graph get automatically registered with the platform.

As mentioned above, queue-based microservices make autoscaling quite easy. If you’re on Heroku, then our Guv tool can be used to automate scaling operations for all of your background dynos.

I wrote more about GuvScale in a recent blog post.

If you’d like to explore using message queues for your services a bit more, here are couple of good articles:

There are also some MsgFlo example applications available: 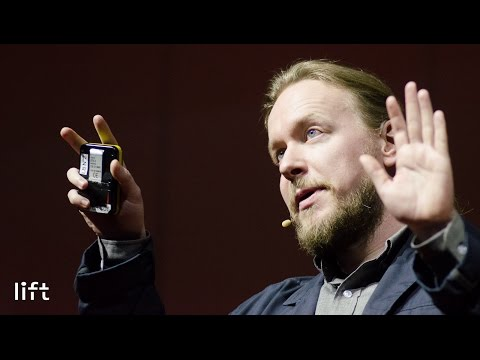 17 February 2016 in Berlin, Germany. 1 minute read.
As mentioned last year, I’m working on a Artificial Intelligence that can do web design. It is called The Grid. Last week I gave a talk at Lift Conference explaining how it all works.