Microblogging is all about conversations. About interesting ideas, and the opinions and clarifications to those. About discovering things happening around you.

But to be honest, Twitter and its clones like Identi.ca do not do that so well. Ease of posting, and good external tools might be there, but what lacks is the possibility to have real conversations. That is where Jaiku has been shining: the original posts follow the traditional microblogging concept of conversation starters being limited to the SMS-like 140 characters. But responses to those are not limited similarly, allowing thoughtful commentary to be written.

That is something that simply doesn't happen on Twitter: thoughtful discussion. The poor threading model, and lack of differentiation between conversation starters and comments simply means everybody ends up shouting on top of each other.

Brightkite, a location-aware microblogging service almost gets there. It differentiates conversation starters and comments from each other, and adds quite cool location-aware features on top of that. Suddenly I can follow conversations happening in the same neighborhood, or in the same city! But the problem is that they have made posting a little bit too cumbersome, and they make following and finding conversations quite difficult.

Instead of these services, Jaiku has been the place where the interesting stuff has been happening. But lately there has been too little development, and too much the failbird happening for it to remain a viable platform. And so the Finnish web community has been actively looking for an alternative. I think Qaiku, released today, could be it.

So, what is cool about Qaiku?

Sidenote: if microblogs are all about conversations, why doesn't my blog provide a commenting feature? To quote Alex Payne:

The main reason I don’t allow comments is that I want to inspire debate. I think people do their best writing when they’re forced to defend their ideas on their own turf. It’s one thing to leave a comment on someone else’s blog, but quite another to put your argument in front of your own readers. It forces a level of consideration that, without fail, results in a higher quality exchange of ideas.

With the same idea, instead of the comments happening on my site, I hope you will either react via your own blog, or by communicating using a microblogging service. If you link to me, I'll do my best to read it and respond :-)

So, if you want to discuss this post, you'll find me on Qaiku, Jaiku, Twitter and Brightkite. This post on Qaiku preferred, but I will watch couple of days for replies on the other services too. 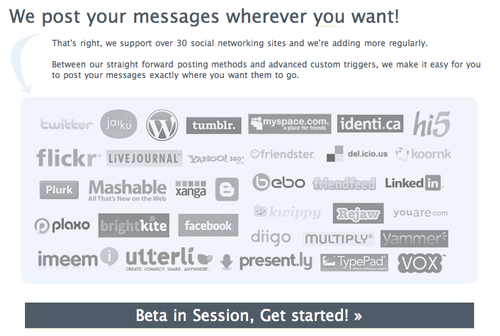 11 March 2009. 1 minute read.
Qaiku is the new conversation-oriented microblog that many former Jaiku users are migrating to. While the team is still working on APIs and other features, it is already possible to pipe your qaikus to other social services like Twitter and Facebook. This blog entry will show you how. The first step is to register to ping.fm, a service that can... 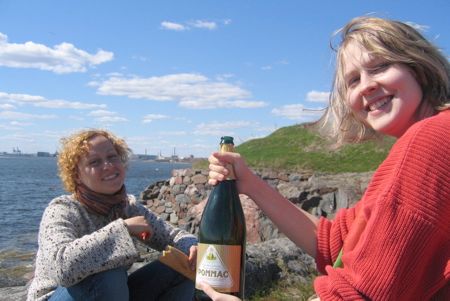 01 June 2005. 3 minute read.
Finally the summer has started here in Finland and it is warm enough to spend time at the summer cottage and swim in the lake. At the same time, my trusty Triumph Legend is again running after its starter problems. Big thanks to Mp-Asennus.com, especially as they installed the Kawasaki starter ahead of schedule and under budget!