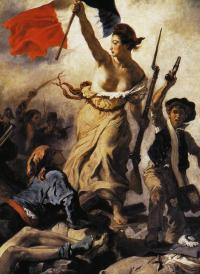 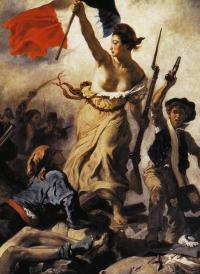 The riots in France are running for the 12th night, and the country is now in state of emergency. John Robb of Global Guerillas is analyzing the situation:

The open source war in France continues to rapidly evolve (as of Sunday night). Not only did it increased in scale (the torched car index reached 1408 cars on Sunday) it has also increased in scope (982 of those torched cars were outside Paris and Germany/Belgium reported their first incidents). The tactics of this new Blitzkrieg are also evolving. Higher value commercial targets are being torched and policemen are being engaged in wasting attacks – incidents that engage and tie up forces. There are even signs that bazaar transactions are present: a commercial bomb factory, with 150 incendiaries on the “factory” floor, was found.

Meep, Our correspondent in Toulouse writes:

The situation is turning into more serious also here. Last night a car had been pushed to the metro tracks, forcing me to call monsieur to pick me up after I got out from the lecture at eight. Today they said that metro would be running until six p.m., but the doors were closed already after four. I spent one hour walking the four metro stations to the first working train, getting at least some exercise. Buses are not running at all in the city, as one had been torched last evening.

No word from Lettu in Paris yet.

Updated 15:10Z: Got message from Lettu later today. Seems like she hasn’t really encountered any of the riots, except via news:

From my point of view, the whole riots could be a media trick, as nothing unusual has been seen or heard.

Apparently there have been some problems with trains going to the airport, as they cross the northern suburbs where the troubles are centered. Stonings, armed guards, and other interesting things. However, I still live in my safe little bubble. … Reminds me of old-fashioned village life.

On Finnish state of living

A year ago: Orange Revolution

22 November 2005. 1 minute read.
A year ago, I spent a Weekend in Ukraine and saw the Orange Revolution begin: