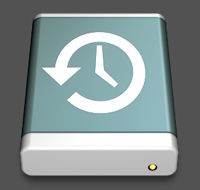 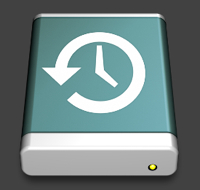 Like probably everybody else, I’ve been quite lazy taking backups. Through the Linus backup philosophy this hasn’t been so bad: my code is in various repositories and my photos are on Flickr. But when a hard drive died on me last year, a bunch of small things were still lost.

Because of this I thought the Time Machine feature of OS X Leopard was quite cool. Until I found out that it would work only with external USB or FireWire disks, that is. I know that if I need to plug something in, I wouldn’t do it.

So, my home OpenLink-powered NAS box to rescue! Making Time Machine talk to it required some tweaks, including enabling “unsupported volumes” in TIme Machine and installing Howl on the LinkStation.

The result is quite cool: while backups take a long time to make, they start automatically when I open the laptop at home. And the Howl setup also makes my N800 Media Player automatically find music from the LinkStation.

The beginning of a JavaScript journey

10 April 2011. 1 minute read.
While PHP remains my primary programming language for various reasons, my recent projects have involved quite a bit of JavaScript development. And I have to say I like it: the event-driven paradigm is quite elegant, closures are a joy to work with, and tools like Node.js and jQuery really open up the possibilities of the language. But there is one...

25 July 2008. 1 minute read.
Hi, all! My blog's desktop feed has recently been added to Planet GNOME, and so here is a quick introduction: My name is Henri Bergius and I am a free software hacker focused on things like the Midgard framework and some location-aware applications for desktop and mobile. I work at Nemein, a small Finnish CMS consultancy building stuff on top...