Joe and Jay have never surfed, but nevertheless left their regular life and will head soon to Australia to learn surfing. Why? Joe explains in a recent diary entry:

Most of the people I've talked about my plans for the coming year have had these strange ideas about leaving to somewhere. They've been saying things like "I'd like to do that too, but I have all these commitments to handle." Facts are:

1. (Geography) We have maybe the worst climate in the world. No real summer and last decent winter was -98.

2. (Technical knowledge) Only thing to be proud of is a company, that technically isn't finnish and abandoned its corecompetencies by selling the branch which manufactured rubber boots. Result: finnish are proud of mediocre cellphones, which are made in china and generally thought to be japanese.

3. (Culture) Our best placement in Eurovision song contest is 6th place from 70's. Luckily other europeans have decided, that there is no point to come to the contest every year, if you lose. So finnish singers have to embarrass themselves only once in two years.

4. (Food) Most of the recipes we have inherited from our grandparents are practically uneatable. Take mämmi, traditional easter dish, for example. What kind of pervert would like to eat something that resembles shit of carnivorus animal after it has been laying on freezen walkway for two nights?

You may enjoy doing same things 9to5 every day with same people, at same places in same shitty climate. But I'm off.

The site's IA is also interesting; in addition to posting photos, videos and diary entries, the site also collects data on when they got lucky last time. And it is all nicely in XHTML and CSS. All frequently updated areas provide handy RSS 2.0 feeds for subscription.

Currently they provide a guestbook for commenting, and are planning a discussion forum. 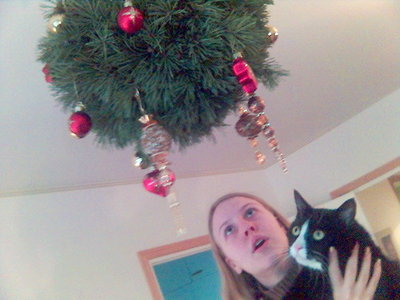 26 December 2005. 1 minute read.
We had the traditional Xmas party last night, and despite Joe’s earlier angst almost the whole family attended, including Joe Suicide, Johnnie-Boy and our favorite rock star, Skoll of Surma fame. Jay Surfer was planning to come, but got lost somewhere in the way between Vallila and Ullanlinna.

24 December 2004. 1 minute read.
This Christmas breaks away from an old tradition honored by a group of my friends. Since '96 we've gathered to spend the holidays together, eating and drinking vast quantities. As the Suicide Surfers are away, this Xmas will be different. Joe complains: Relating to traditions, I just heard yesterday, that some pigs have lost their wings and adapted to the...