"Motorcycling is a great hobby of mine. I ride all my life and I owned different bikes and I ended with big kawasaki ninja. This motorbike has matured 147 horse powers, some serious bark, it is that fast like a bullet and comfortable for a long trips. I travel a lot and my favorite destination lead through so called Chernobyl "dead zone" It is 130kms from my home. Why favourite? because one can ride there for hours and not meet any single car and not to see any single soul. People left and nature is blooming, there are beautiful places, woods, lakes. Roads haven't been built or repaired since 80th but in places where they haven't been ridden by trucks or army technics, they stay in the same condition as 20 years ago. Time do not ruin roads."

Updated 2004-03-31: We swapped some riding stories with Elena on the Sport-Touring board, and she gave the contact info for Crazy Hohols, an Ukrainian biker club. It would be interesting to meet some local bikers on the trip there next July. Visiting Pripyat also has some appeal...

Updated 2004-03-04: Elena's story is moving up. She was featured on April 1st on USA Today, and has rumoredly been contacted by at least BBC and some film crew for making a documentary. The site itself is up at 1.3 million visits.

Updated 2004-04-28: Aftonbladet is claiming Elena's story a hoax (in Swedish). In addition, Daily Telegraph tells that Chernobyl is becoming a tourism hot spot. 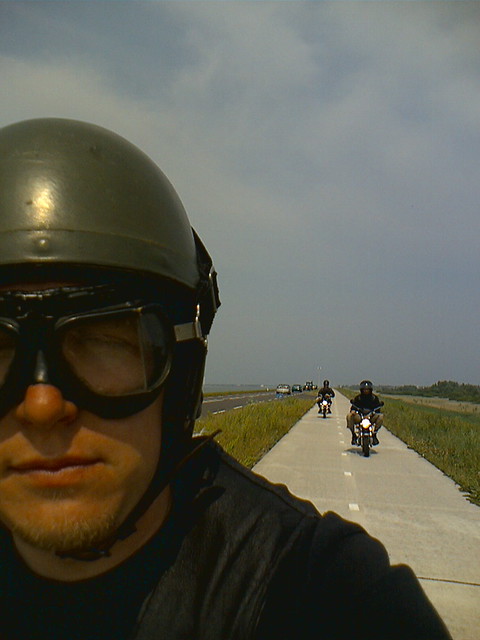 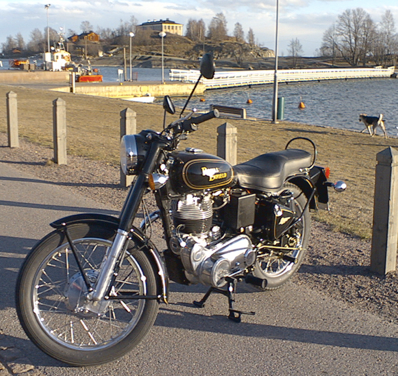 05 April 2007. 1 minute read.
My Triumph Legend TT, which has been a trusty companion on various adventures, had an engine failure last summer. As a result, I’ve been without a working motorcycle for almost a year.