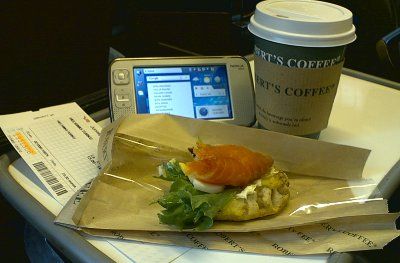 The press is writing a lot about a "post-PC ecosystem" these days, and while many dismiss tablets as simple toys, I think the world of computing is undergoing a major shift. Tablets may not be good for writing, but they are good, probably better than PCs for a lot of other things. And it turns out, people want to be doing these other things.

MG Siegler from TechCrunch has a great post on the subject:

...I’ve been trained over time to think that the traditional PC is the way to do these things whether it’s for work or play. That’s simply not true. The tablet form factor is so. much. better. when you don’t have to do an excessive amount of typing. And during downtime, when I use a computer like a more regular human being, I’ve found that’s often...

Computing is changing. That’s just about the most obvious statement ever. We’ve been seeing this for years with the rise of the smartphones. But traditional computing is changing as well. As in, people are abandoning PCs for these newer devices. And this will keep happening.

My experience conforms with this. I rarely use my laptop outside of the work context of writing code, instead preferring to use the tablet with its great ergonomics, portability and long battery life. On some of my previous trips I noticed that already more than half of people sitting in airport lounges use a tablet instead of a laptop. Not bad for a product category that has existed in a mainstream manner for less than two years. Nokia's internet tablets blazed the trail years earlier, but were never marketed outside the geekdom.

Now, much of the attention in the tablet world has been focused on the couple of platforms that are winning in popularity, and therefore have most of the apps. But regardless of how well Apple and Google play their cards, the post-PC world will be a multiplatform one.

About a week after I got my webOS-powered TouchPad, HP went and killed the product. Yet this hasn't made the device useless. As Paul Rouget recently found out, as long as you have a good browser, your device will be relevant.

Some people can't or don't want to use Native Apps. Because their phones don't have Apps, or because there is just no good Apps for what they want to do, or because, well, because they don't need to...

While in the Western world we were looking at Apple bringing pretty Apps in an expensive device, in the Eastern world, Opera was bringing a working web browser to all the existing devices.

This is the big opportunity for free software to remain relevant in an environment of highly-locked devices. Much of the web already runs on free components, and by using the web as a universal runtime we can bypass almost any platform restrictions. As Paul Graham wrote back in 2001, no one can break web applications without breaking browsing.

The world of publishing is starting to understand this. Their revenue models can't take the heavy control that vendors like Apple imposes, and so Amazon's Kindle is a web app, and so is Financial Times. That "Next year HTML5 will replace native apps" is the new "Next year will be the year of Linux on the desktop" is already a Twitter joke, but there is certainly some movement in this direction. And interestingly, the Linux desktop is actually becoming more web-savvy and touch-friendly.

There are clearly sweet spots for something to be a web app, or for it to be a native application. Similarly, there are different situations where tablets will be the appropriate tool, and where PCs are. The tablet context will be more like this: 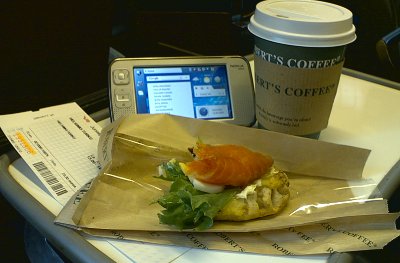 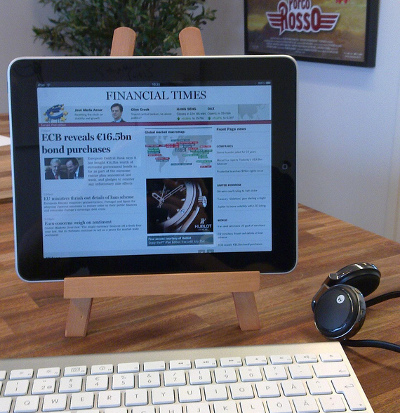 The heavy lifting is a better fit for a system designed for that. As Steve Jobs said, the PC will be the truck.

12 April 2009. 1 minute read.
CloudAve reviews the CrunchPad browsing device, and concludes that these days, a single computer is just not enough for all our needs: A tablet for lazy surfing, a netbook for travel, an iPhone for when we don’t even want to carry that much, a full laptop for everyday work, and even a full desktop as the multimedia workhorse: at these...