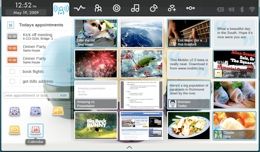 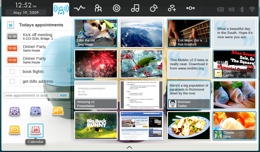 Early versions of Gnome and KDE were pretty much just clones of the Microsoft Windows UI. They’ve diverged since then, and I’d say Ubuntu’s default Gnome desktop is in most ways better from a design and usability standpoint than Windows Vista. But it’s still fundamentally a clone of Windows — menu bars within the window, minimize/maximize/close buttons at the top right of the window, the ugly single-character underlines in menu and button names. At a glance it looks like Windows with a different theme. The idea being that if you want Windows users to switch to Gnome or KDE, you’ve got to make it feel familiar. But that’s not how you get people to switch to a new product. People won’t switch to something that’s just a little bit better than what they’re used to. People switch when they see something that is way better, holy shit better, wow, this is like ten times better.

This is a good point to consider as GNOME moves towards 3.0 with the promising GNOME shell. KDE's Plasma has taken some steps also, but really, the examples we should look at here are Moblin 2.0 and the Sugar desktop. Both of them have largely discarded the traditional "Windows model" in favor of more contextual and information-oriented user interfaces.

21 January 2010. 2 minute read.
There certainly is a lot of buzz about Apple's rumored Tablet product. Daring Fireball writes: If you’re thinking The Tablet is just a big iPhone, or just Apple’s take on the e-reader, or just a media player, or just anything, I say you’re thinking too small — the equivalent of thinking that the iPhone was going to be just a...