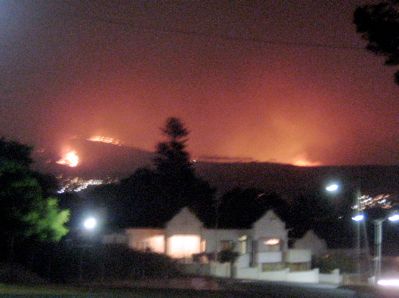 Slopes of the Table Mountain and Signal Hill bordering the city of Cape Town have been on fire since yesterday afternoon. Yesterday the smoke cloud covered the whole city centre, making the sun appear only as a thin red disc in the sky. 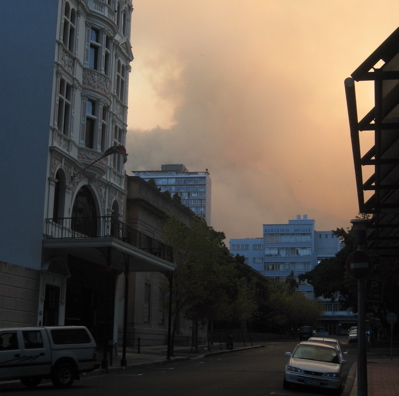 Water bombing helicopters have been flying over the city in a constant chain, but the 60 knot winds fan the flames, making fire fighting much more difficult.

The Table Mountain cable car has been closed and people living nearby have been fleeing their homes as the flames advance. A number of houses are reported to have caught fire. 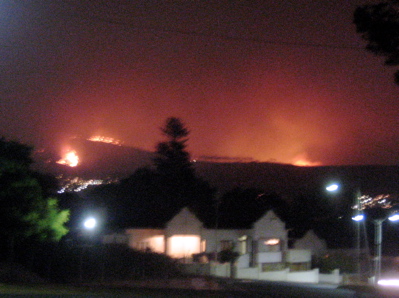 Apparently the fires were started from a cigarette butt of a British tourist.

Today the fires seem to be mostly under control and the sky can be seen again. The hotel smelled quite strongly of smoke, but there’s hope of still making the planned hike to the top of the mountain tomorrow.

At least this fire has been up on a mountain, and not inside a wall like Piotras had. 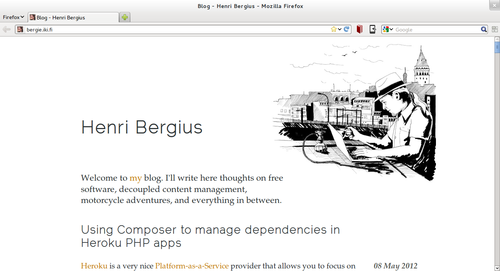 31 May 2012 in Berlin, Germany. 1 minute read.
Welcome to the latest iteration of my blog! I recently realized that I’ve been blogging since 1997, but actual visual or technical updates have been a lot more seldom.

Return of the Moblog

18 August 2006. 1 minute read.
My moblog hasn’t been updated since GUADEC last July, and some relatives have already been asking about it. The reason why I haven’t updated is that I switched to the Nokia N90 camera phone, and the email format it uses makes Mail_mimeDecode fail.