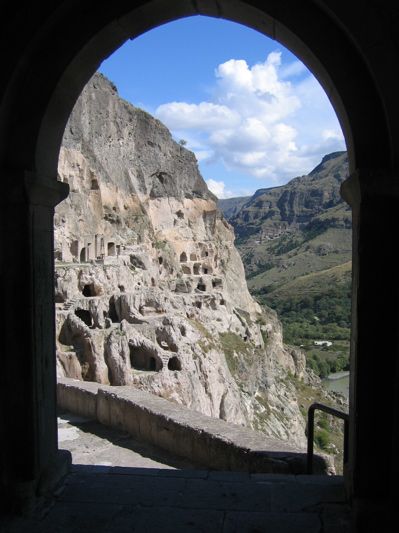 We had amazing time in the medieval Georgian cave cities of Vardzia and Vanis kvabebi last weekend. I’ve already contributed some information on Vardzia to WikiPedia, and plan to write more about both later on. 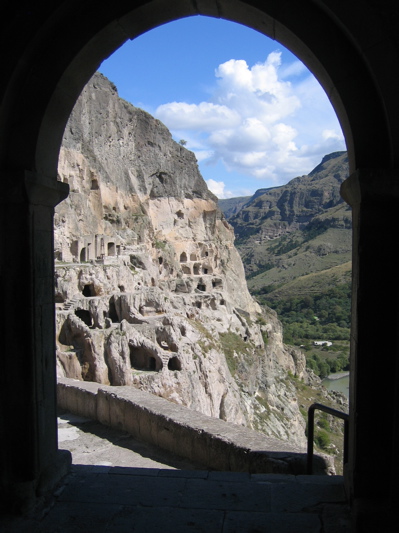 The monastery consisted of over six thousand apartments created as protection from Mongols into the hidden thirteen floors high complex. The city included a church, throne room, and a complex irrigation system watering terraced farmlands. Only access to the complex was through some well hidden tunnels near the Mtkvari river. 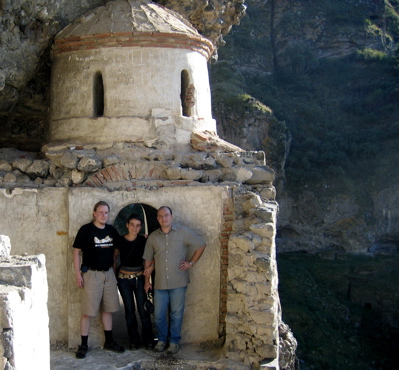 An earthquake in Samtskhe destroyed approximately two thirds of the city in 1283, exposing the caves to outside view and collapsing the irrigation system. The church was reinforced and an externally visible bell tower added during the reign of Bektha Jakheli in the thirteenth century.

Thanks to Irakli from Info-Tbilisi for being our guide for this trip, and especially for encouraging us to climb up the “impossible” rabbit holes into the white church of Vani’s caves. And thanks obviously to Taya and Lasha for the whole time in Georgia!

The UNDP Samtskhe-Javakheti office was also most helpful. 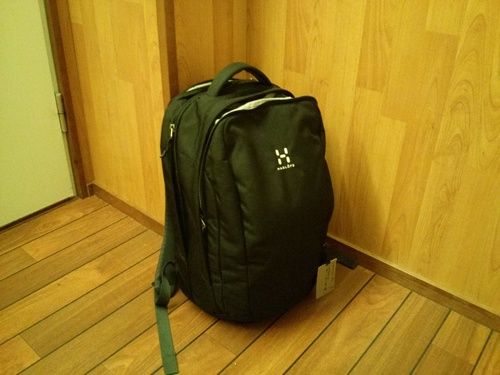 Travel: all you need is a good backpack

07 March 2013 in Helsinki, Finland. 2 minute read.
In the last year, I’ve spent a lot of time on the road, mainly through client work and the European projects I’ve been involved with. To be more exact, I’ve spent more than half of my time traveling. This year should definitely be more light on conferences!

24 November 2004. 2 minute read.
We spent last weekend in Lviv (Львів, Lwow, Löwenburg, Leopolis), Ukraine together with Taya from Georgia and Nata, Ania and Monika from Poland. I had seen them last time in Caucasus, and the reunion was very nice. We also got to do some business planning regarding bringing Midgard to the Georgian market. Lviv is a former Polish city given to...