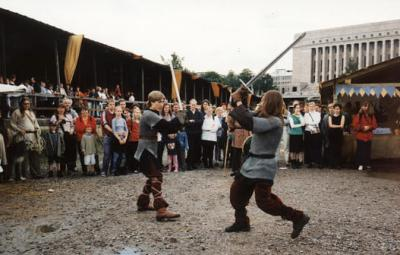 VR Makasiinit, the old railway transfer terminal from late 19th century burned down on friday. We were on the way home from opera when the main street of Helsinki was closed and a dark plume of smoke towered above the city. 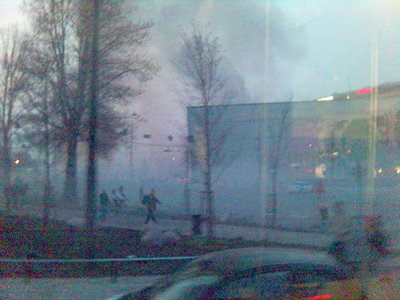 The Makasiinit area was in any case destined to be demolished in a few days from the way of a new “music house”. However, now it had to burn in the aftermath of a small-scale riot there during the May Day celebrations. Molotov coctails had been thrown, and so it is a little surprise somebody decided to set the buildings on fire.

I liked the Makasiinit area. It was a nice, even if quite run-down example of late 19th century industrial “red brick” architecture in the center of Helsinki. It had housed several events that I’d been to, like the Medieval Fair in 1998. 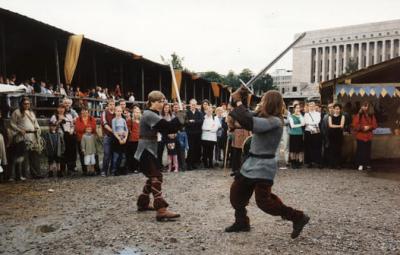 Makasiinit had been the subject of a long and typical political struggle. As Maud puts it, maybe it was better for the buildings “to burn out than fade away”.

Quite often it is the cool buildings that must perish.

13 April 2004. 1 minute read.
It was suprising how much he was able to communicate with simple pantomime and gestures. When the silence ended at midnight, he told us there had been only three occasions when he would've wanted to explain something but couldn't.Of course, the sign language alphabet we learned back in commune days to irritate the rest of our flat mates helped. 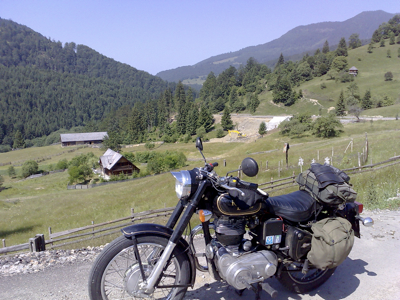