There was an interesting story in a recent Yrittäjä magazine about a concept called nanocorporations, or networked small businesses.

Nanocorporations are formed by one or two individuals around a core competence. They are able to manage growth and larger projects by networking with other similar units, which again can network with other units. This all forms a fine mesh of interconnected and dedicated companies which should be able to react more swiftly to changes of business climate.

This concept should sound familiar to most readers of my blog. While Nemein slightly exceeds the maximum size of a nanocorp, our operational model still closely resembles it. We focus very tightly on building web based information systems on top of the Midgard platform. To provide more complete solutions we then work together with individual programmers, graphical designers, media consultancies and hosting providers. Most of these are also companies of similar scale and working model.

The big question is how to manage projects efficiently when such a big number of subcontractors are involved. In most cases this is handled by setting up a single project area in OpenPSA where all are given accounts. However, this forces the contractors to manage the work using our system instead of their own.

I'm now trying to figure out a good way to handle this so that each organization could manage their part using whatever management system they prefer, but so that all could also see the work being done by others. For now this could be called a Keiretsu model.

The basic idea is that we should have a technology-neutral but tightly specified API systems could use for communicating with each other. To make things easy we could build it on top of the XML-RPC layer. When such API would be available it would then be up to the different systems to implement it. As support from larger financial or ERP systems is highly unlikely, plugins could be developed by third parties.

The API should be relatively generic:

All operations would be run with an user account, letting the system in the other end handle access control. This would also allow desktop tools to utilize the same API for communicating with the server. For example, it would be easy to imagine GNOME Planner and Gnome Time Tracker communicating this way with back-end project management systems.

For calendaring an existing API like SyncML or GroupDAV could work better.

As a side note, nanocorporation seems to be a fairly new word. Google lists only 19 hits. The main proponent of the term is the Sohodojo portal. 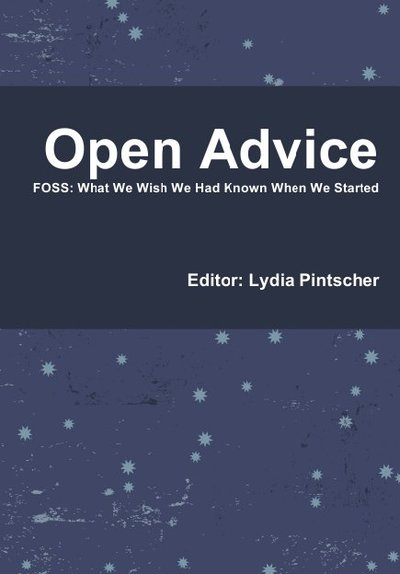 19 March 2012. 1 minute read.
I seem to have not blogged about this, but Open Advice, our book on Free and Open Source Software: what we wish we had known when we started, was published last month. The book was edited by Lydia Pintscher and includes essays from 42 authors, many of whom you'll recognize if you tend to go to FOSS conferences. The LWN... 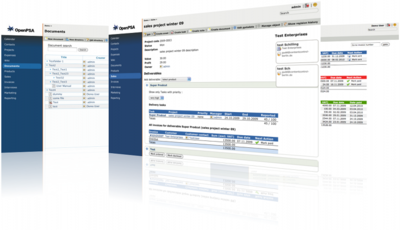 08 November 2010. 1 minute read.
OpenPSA is an web-based management suite for consulting companies. The GPLd suite includes functionalities like calendaring and contact management, product configurations, sales processes, project management and invoicing. The application was originally developed by Nemein but since 2008 has seen excellent maintenance work by the Content Control team. As a result of last weekend's Midgard developer meeting in FSCONS, the OpenPSA suite has...