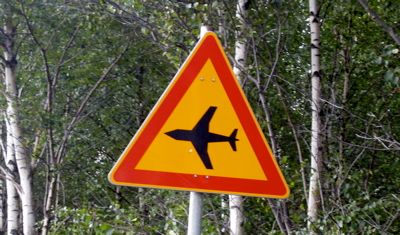 After returning from the wedding at 5am this morning and a brief nap I went to the Helsinki-Malmi airport to do the check flight for my Private Pilot’s License. After waiting the morning for VFR conditions we were finally able to depart at 11:30am amid rather low and rainy clouds.

The check flight took hour and half, during which we did some navigation and stall practices, as well as simulated forced landing and engine malfunction. The result of all this was that the check flight passed. Now the Flight Safety Authority will analyze my papers, and if everything is OK I should have my license within next two weeks. 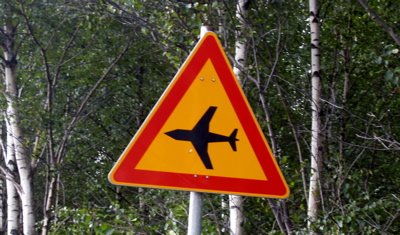 I’ll post more about my path to becoming a pilot later.

27 February 2005. 1 minute read.
I had my first flying lesson yesterday. We went to the Helsinki-Malmi airport with Kerttu in the morning to fly with the simulator, and to listen for the MIK flight training briefing. I had booked the first flight for tuesday, but surprisingly there was a cancellation and my instructor agreed to take me for a spin.

17 December 2004. 5 minute read.
The secondary airport of Helsinki and an important historical monument, Helsinki-Malmi (EFHF) is now under threat of demolition from the City planning council. This would rid Helsinki of its only airport accessible to smaller planes and effectively kill a whole branch of Finnish aviation industry. Threat to aviation and security Closing Helsinki-Malmi would remove Finland of its second-busiest airport. In...