My company Nemein has been a COSS member for quite a while and benefited from the publicity and collaborative efforts in the organization. An important part of our work with COSS was the Digital Business Ecosystem project where we developed some P2P inter-company project management tools and did some evangelization work in various conferences.

So when the annual members’ meeting came last December I thought it was time to give back a bit. I volunteered and was elected as the small business representative in the COSS steering group for the 2008-2009 term.

During the term I especially want to focus on enabling us small companies to work together more efficiently through networking. I also want to build some collaboration with Europe-wide organizations like Free Software Foundation Europe, which I’m a fellow of.

As my first COSS assignment I’m currently meeting representatives of other European Open Source business associations in Berlin. Stay tuned for more on that.

22 January 2008. 1 minute read.
A week ago I spent some time in Berlin representing the Finnish Centre for Open Source Solutions (COSS). The event was about building a new pan-European network for Open Source companies. 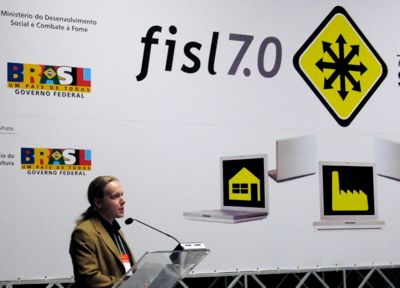