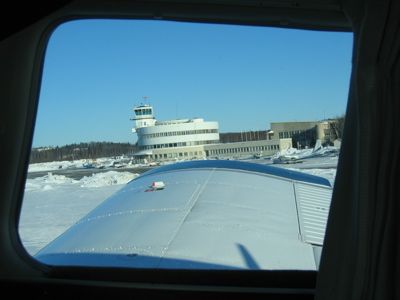 The Supreme Administrative Court has ruled that Lord Mayor Jussi Pajunen was disqualified to decide the fate of the historic Helsinki-Malmi airport. Helsingin Sanomat reports:

Pajunen participated in the preparation of Helsinki’s general land use plan 2002 in the Helsinki city council. At the same time he was also the president of the Malmin Nova company. The company had business in the Malmi shopping center. In addition the company was preparing an enlargement of the shopping center synchronized with the land use plan.

… The Administrative Court sees that the company’s fortunes were closely tied to how the land of the Malmi Airport was utilized.

The part on destroying the Helsinki-Malmi airport has now been removed from the land use plan. Another win for The Friends of Malmi Airport Society! 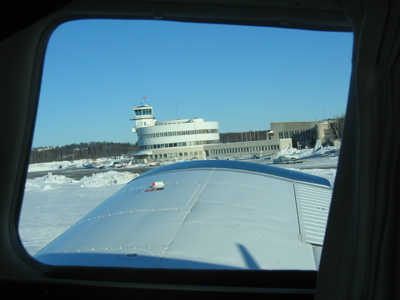 Updated 2006-11-08: I have to agree with Phil that Mr. Pajunen’s behavior is definitely corruption.

17 December 2004. 5 minute read.
The secondary airport of Helsinki and an important historical monument, Helsinki-Malmi (EFHF) is now under threat of demolition from the City planning council. This would rid Helsinki of its only airport accessible to smaller planes and effectively kill a whole branch of Finnish aviation industry. Threat to aviation and security Closing Helsinki-Malmi would remove Finland of its second-busiest airport. In...