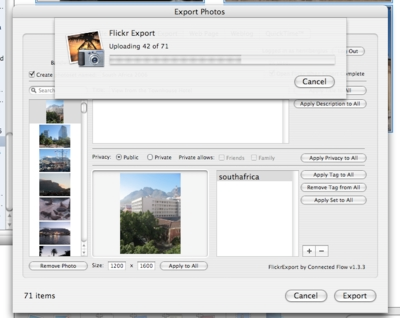 I’ve been totally swamped by the number of photos taken during the last eight months of travel, and am lagging badly behind on publishing the photos. To help sort things out, I’ve now registered a Flickr account.

The FlickrExport tool makes it very easy to publish the pictures from iPhoto, the application which I use to manage the pictures on my laptop: 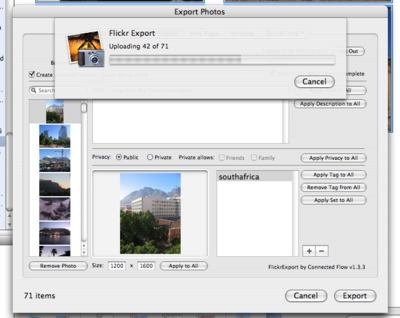 Using Flickr for photo publishing fits well with my “IT strategy”. I can have the photos available for three usage areas:

I still need to implement the Flickr synchronization support into Midgard, but I trust this will be easy, especially as I already have similar thing going with bookmarks synchronization from del.icio.us and news subscription sync from Bloglines.

In any case, the first trips to end up on Flickr are:

There are also three ancient photo sets I thought to have lost posted by Henri Hovi:

If you have an RSS reader or iPhoto, you can subscribe to my picture feed as a PhotoCast. 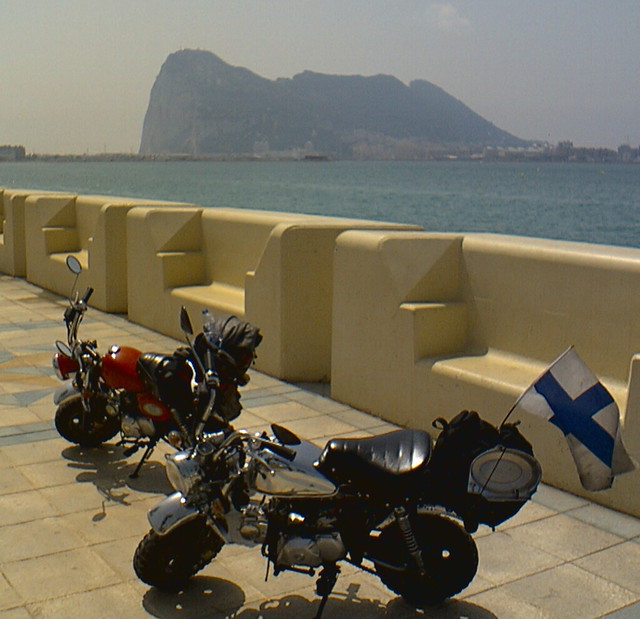 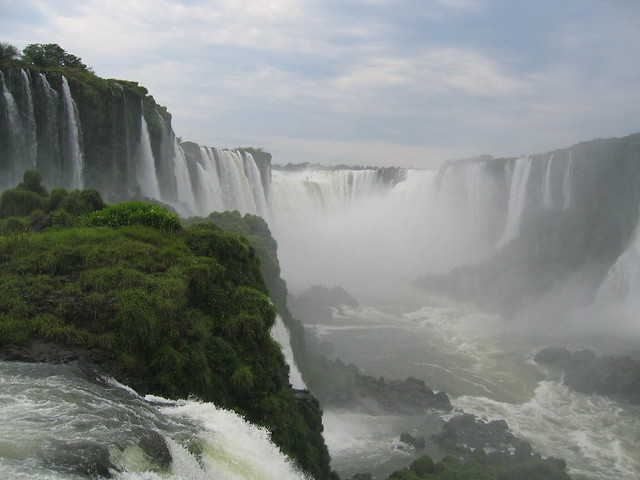 04 December 2006. 1 minute read.
Like in some earlier situations, I’ve again gotten a bit backlogged with publishing my photos. In any case, here are some new sets on Flickr: