The Series 5 has two major advantages when compared to laptops: it is small and has a very long battery life. In addition, I happen to have a spare one lying around.

We've used this palmtop previously for keeping the travel journals of two motorcycle trips, the 2002 European tour and the 2003 Russian tour. The journals were written using Psion Word and transferred via FTP to the web server where Midgard imported them as HTML files using the psiconv utility.

Similar system could be used here for importing the study notes into a MidCOM-driven website for easier browsing and searching.

The only question is connectivity. I can see several options here:

Since she also intends to keep her study calendar on the Psion the vCal Psion Calendar to vCalendar converter might be useful. Rambo is working on vCalendar import to OpenPSA Calendar so the events could also be synchronized to the web.

Updated 09:34: After playing a bit with psiconv settings it seems to create quite good XHTML of the Psion Word files. However, it totally loses the possible Sketch images attached to the documents. Any ideas on how to get them included? For biology studies it would be very useful to be able to attach simple drawings to the notes.

Updated 2004-09-24: Kerttu has now been using the S5 on several lectures and seems happy with it. It has been dubbed "Ancestor", as it is the ancestor of a Nokia Communicator, and because it resembles the "Ancestor" in the Moomin series. Next task will be to start using the web integration stuff, but she will need a website for that.

GObject Introspection is coming to PHP

24 February 2011. 1 minute read.
In the next-generation Midgard Content Repository we decided to focus on GObject Introspection for providing bindings to various programming languages like Python and JavaScript. The advantages for automatically generated bindings are quite obvious when compared to the situation with older Midgard versions where we had to maintain them manually. Unfortunately PHP didn't have GObject Introspection support, but that is about... 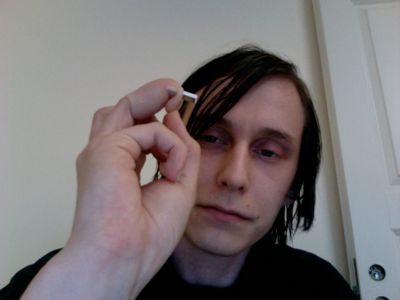 09 March 2009. 1 minute read.
Yanko Design's You-SB concept: Jerry's real prosthetic USB finger storage: The story behind this is that Jerry had a motorcycle accident last May and lost a finger. When the doctor working on the artificial finger heard he is a hacker, the immediate suggestion was to embed a USB "finger drive" to the design. Now he carries a Billix Linux distribution...