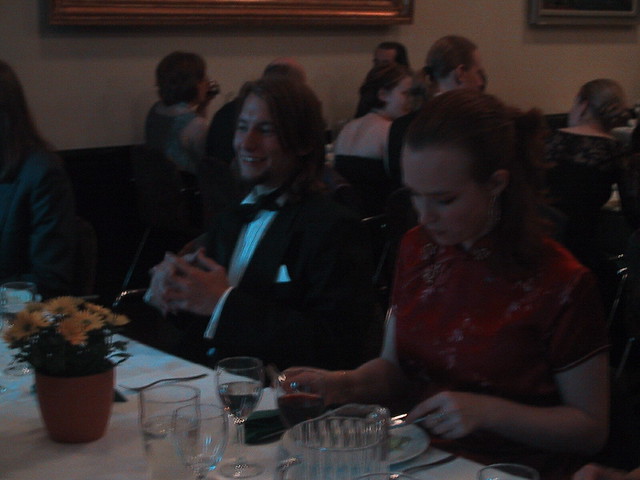 We arranged a "HC Susi" contest with meep for the event. In the contest the teams had to arrange performances with themes like "Why Grey Wolves suck - view of the ordinary live-roleplayer" or "Headlines of Grey Wolves' gossip column for the coming years", and recognize obscure items and faces from the history of the association.

The prize of special "HC Susi" t-shirts and a huge bottle of Koskenkorva was collected by team "Kellareiden kasvatit", captained by Nino.

Feedback received for the contest was mostly very positive, and it apparently worked as a really good ice breaker between the different generations of Grey Wolves. Thanks to meep and Kerttu for making the thing work!


"In the beginning the Gods created The Grey Wolves. They were told to oppose things like fantasy, live-roleplaying, cyberpunk, the modern age... <snip long list>...While all these battles have been lost, the fighting still continues..."

Skoll also made a very improvised speech, ending with "I promised to say three words, but I'll only say two: Fuck you [all]".
Arwen was absent, and so her speech was read by Lettu.

The whole event was much more festive than expected, with all participants dressed in their best. Skoll and Luihu looked really cool in their white suits, and Jose in his tuxedo. A tuxedo is certainly something to consider for future cigar evenings.

There are blog entries about the event from Yaroslav and Juho (in Finnish).

After the main event, the party continued at Ateljé, Pub Pete and Highlight, ending somewhere around 5am. When making farewells, we decided with many people to meet again after another ten years. 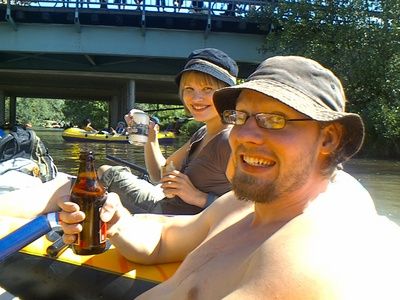 Floating down with beer

31 July 2006. 1 minute read.
Last saturday we participated in the Kaljakellunta - beer floating event. The day was spent in perfect weather floating with hundreds of dinghies and other improvised rafts down the Keravanjoki river from Heureka science center.